I participated in the IG Honeybees 2018 Bee Hive swarm this year, and it was such a joy because it was so smooth running (a big thank you to @Meredithadolf for all the work she put into organizing the swarm). I’m going to list the blocks with photos of each of the blocks I made and the associated tutorials working backwards from December to January.

Jen chose the Double Star block using a teal, black, and grey color scheme. These are some of my favorite colors, so it was a joy to make: 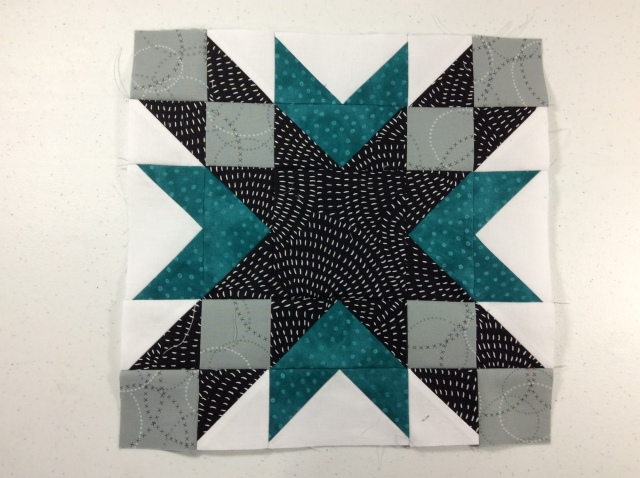 The Magic 8 Ball block was Rachel’s choice using Halloween fabrics. Even though I’ve enjoyed looking at Halloween-themed quilts for the past few years, I had resisted buying any Halloween fabric until I needed to get some for Rachel’s block. I’m afraid Pandora’s box may now be open! 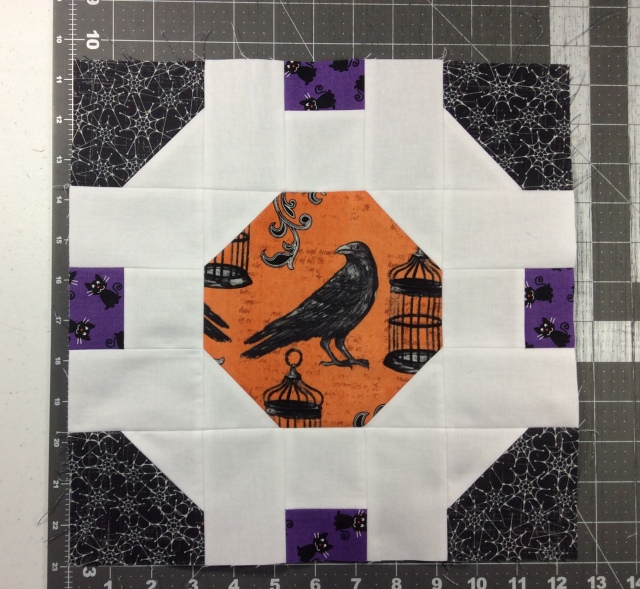 For the month of October, we made the super cute Bunting block that Sharon chose: 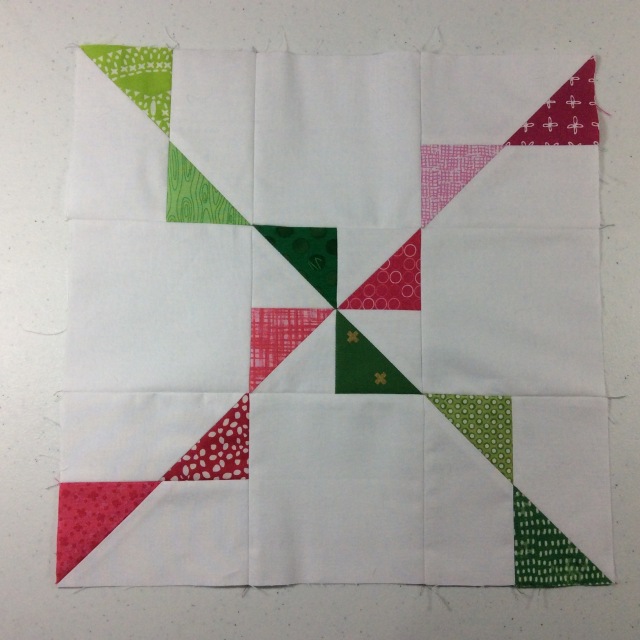 Amanda choose the Homebase block (since I’m a baseball fan, I’ve always loved the name of this block!) and let us choose whatever bright color appealed to use. No shock that I went the turquoise/teal route. 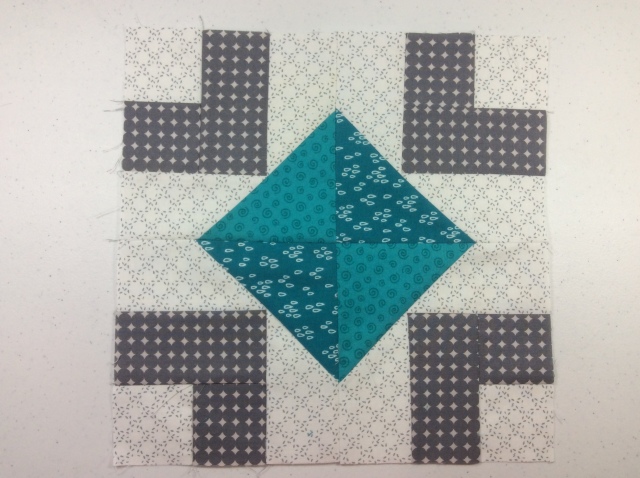 The Checker block was chosen twice this year, but the color schemes were very different.  For Susan’s August Checker block, she asked us to make this striking block in blues, greens, yellows, and black. 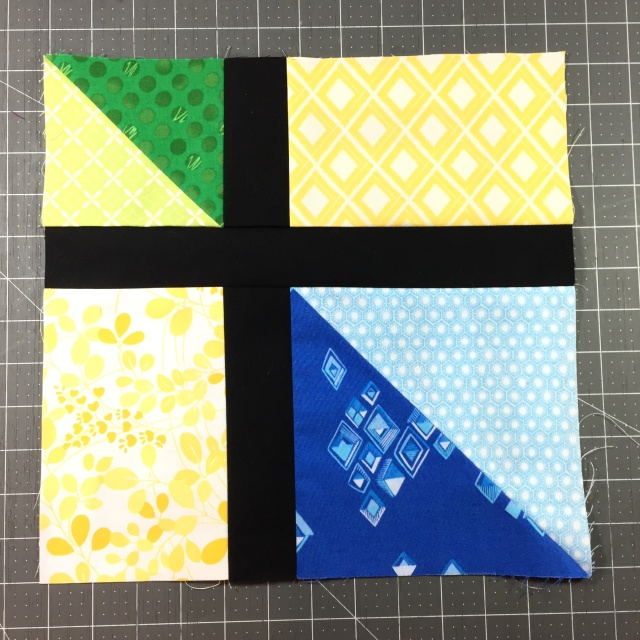 Lorna asked us to make Star Plus block using the alternate layout which was challenging for almost all of us, but it sure is a nice looking block! 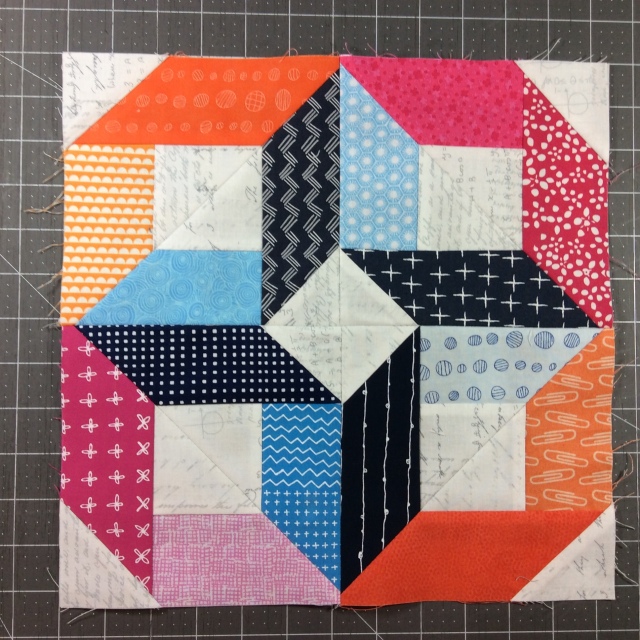 The block that Sandy chose for June was the Treasure Hunt block in batiks. 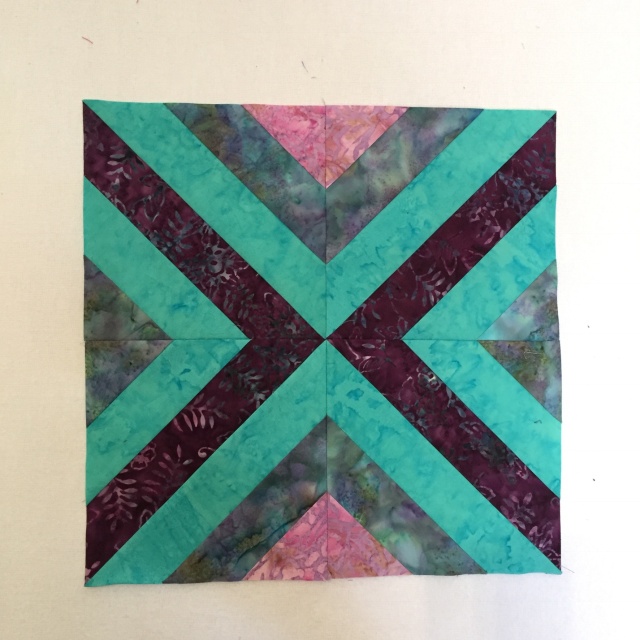 Sondra was actually the first swarm member to choose the Checker block. Her color choices were pink, grey, and black. I wish I had more of that clumpy black plus fabric. 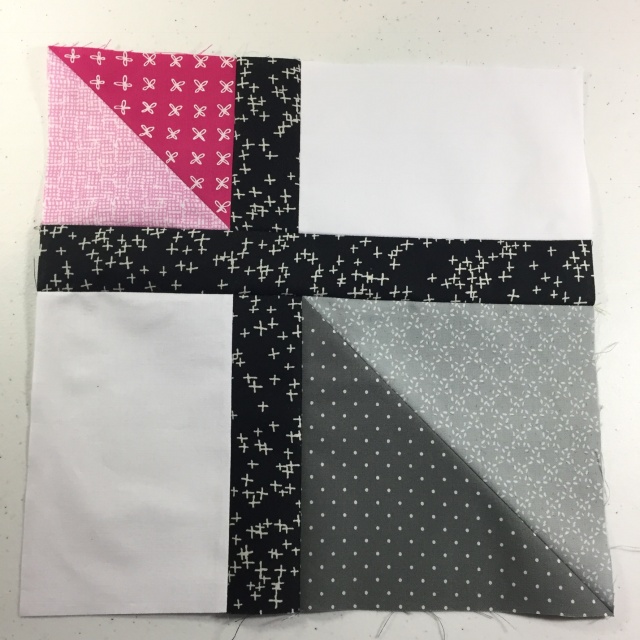 The Wanta Fanta block was Sherry’s choice made in bright colors: 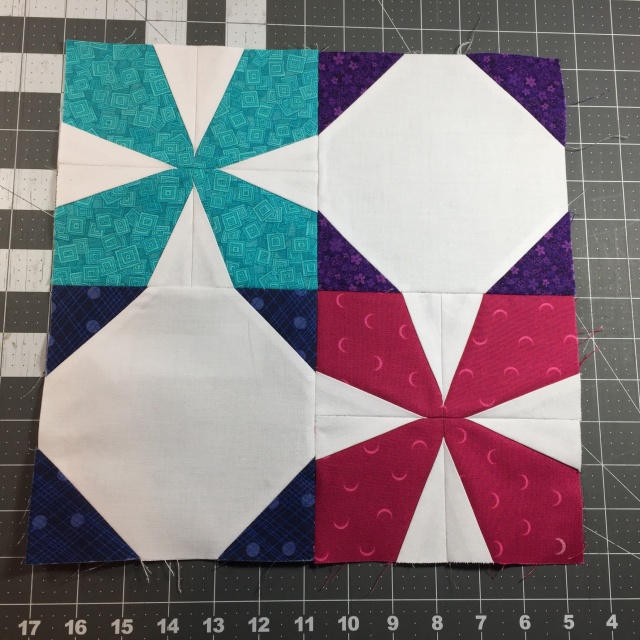 Jan asked us to make a scrappy spring version of the Ripples block. I really love this block and may have to have my own brightly-colored Ripples quilt someday! 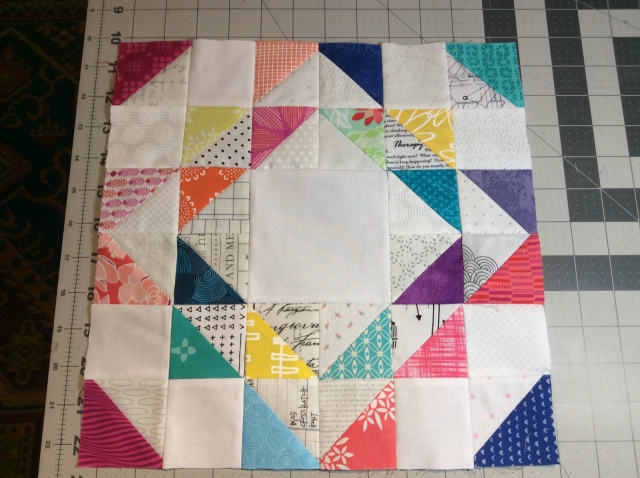 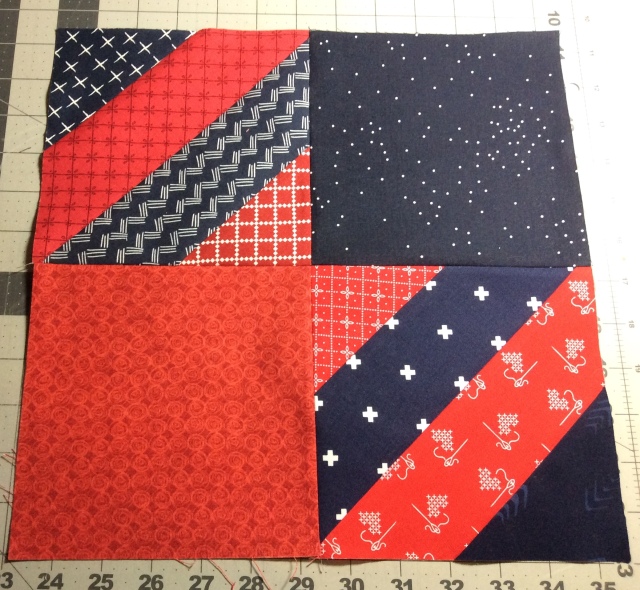 You may have figured out that I was the January Queen Bee. I chose the Autumn Chain block using dark-medium-light rainbow monochromatic fabrics after falling in love with the blocks that my friend, Sarah Goer, and her swarm created. (Read more about this color configuration on her Instagram post). Below is my 48” square Rainbow Autumn Chain quilt top that I definitely plan to have quilted this year. 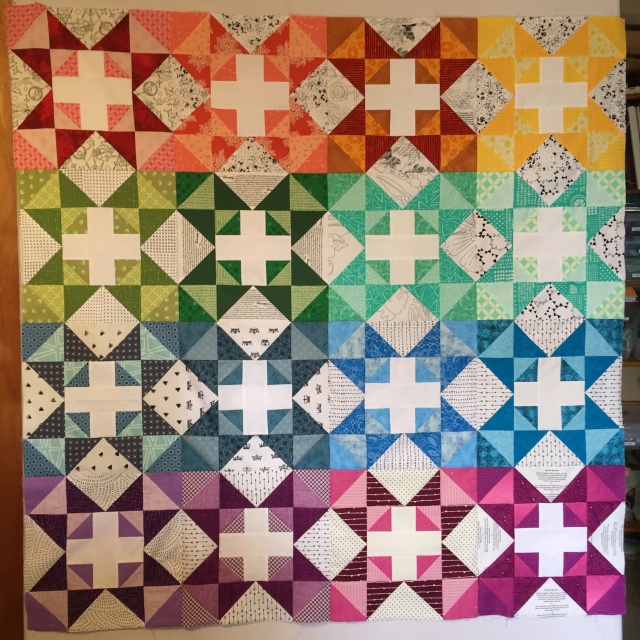 I will be continuing with the same swarm in 2019 (with some change in swarm members). We will be making two blocks for each queen bee. I’ll be queen bee in March, and I’ve already been sewing up some example blocks because March will be here before we know it!

This entry was posted in Uncategorized. Bookmark the permalink.

my "blog" related to quilts and other things that interest me.

For The Love Of Fabric

My musings on art and life....

Helping to share my love of Quilting, while helping others.

A scrappy quilter and not a perfect quilter

Creating is my outlet