My December ‘19 One Monthly Goal was to finish making the blocks for the queen-size (91.5” x 96.5”) Medallion Lantern quilt for my stepson, Drew. This is the first project where I have used the Quick Curve Ruler by Sew Kind of Wonderful (the pattern I used is Metro Medallion). I really liked using this ruler, and the fairly gentle curves were not difficult to sew, especially as I had plenty of practice making a total of 84 curved units (that were then cut in half) to sew together into 42 blocks. I originally was going to use 21 different fabrics but ended up using a total of 23 fabrics. Some were used only once, most were used twice, and two of my favorite fabrics were used three times as a focus in the middle of the quilt. Below is photo of the quilt top almost sewn together. I still need to sew Row 2 to Row 3 and Row 4 to Row 5. 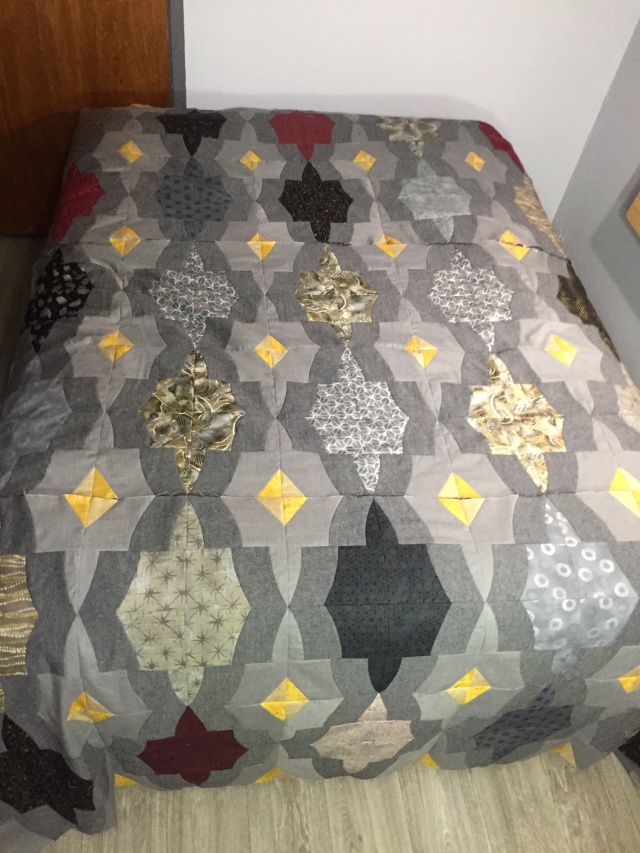 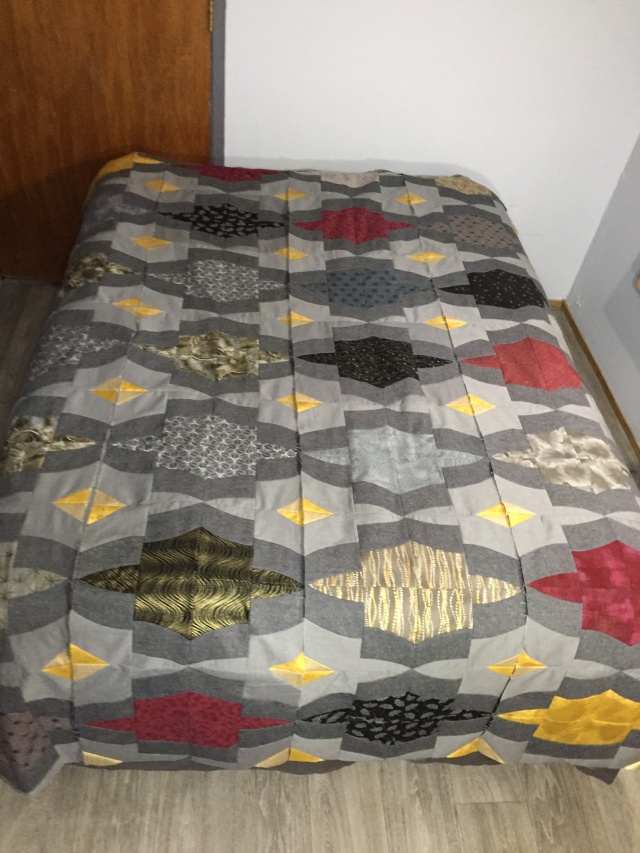 I hope to send this quilt top off to Melissa at Sew Shabby Quilting on Saturday. I’m really looking forward to switching gears!

This entry was posted in Uncategorized and tagged OMG. Bookmark the permalink.

Tutorials, tips, ideas and all things awesome from American Felt and Craft

a quilt is a blanket of love

Happy stitching for all!