I’m not fond of do-overs, and I know I’m not alone in that feeling. But sometimes they just have to be done.

After being given so much beautiful fabric for my birthday in March by four different people and wanting to use at least some of these fabrics in a cohesive quilt project, I happened to discover Color Girl Quilts on Bloglovin and fell in love with her Super Simple Sampler Quilt Blocks.

They looked like just the ticket to being able to combine numerous fabrics and to improve my quilt piecing skills. I started making blocks toward the end of April 2015 but decided not to start with her first block tutorial as triangles terrified me (and since then I haven’t made much progress decreasing my triangle terror!). Things were going pretty well, and then I learned a really important quilting lesson. Contrast is important! When I finished sewing Block 10, I put it up on my design wall and started to sew a new block, but I found myself looking up repeatedly and not being happy with the left upper corner of the block (on the right in the photo below) because it did not have enough contrast. 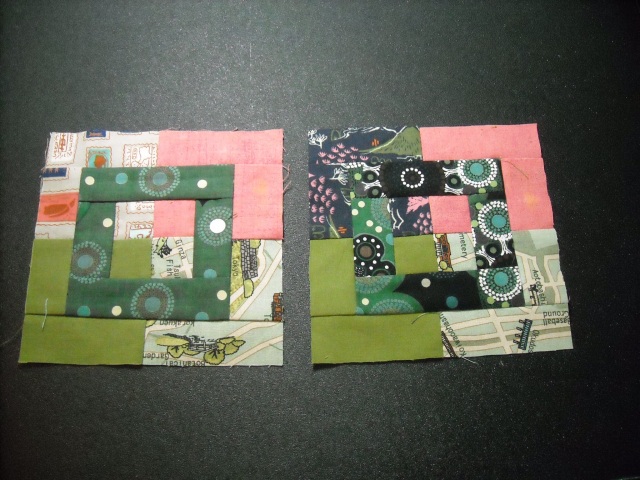 I decided to redo the block. I used the same fabric for the open inside square although the fabric looks different in the pic below. It is Spirit Circles Charcoal by Australian designer, Marlene Doolan, and there is a lot of variation in this fabric.

I don’t know know what I’m going to do with my “bad block.” It was going to be too much work to pick it apart. It will probably get cut up and repurposed in some scrappy project down the road.

By the second week of May, I had 20 blocks completed and then decide to try Color Girl Quilts Super Sampler Block #1 as I had had a bit of success with triangles with a couple other blocks. In the photo below, I actually was proud of my triangles, but the arms of the X did not line up very well, AND I also didn’t like the fabric I used for the X.

Below is a pic of some dragonfly fabric placed over the cactus green that I think looks better. Feel free to leave comment and let me know what you think.

I probably won’t redo this block until sometime later this summer and then I hope to sew the 21 blocks I’ve completed into a quilt top that will be turned into a wall hanging.

Here’s a WIP pic of all the blocks I’ve sewn so far: 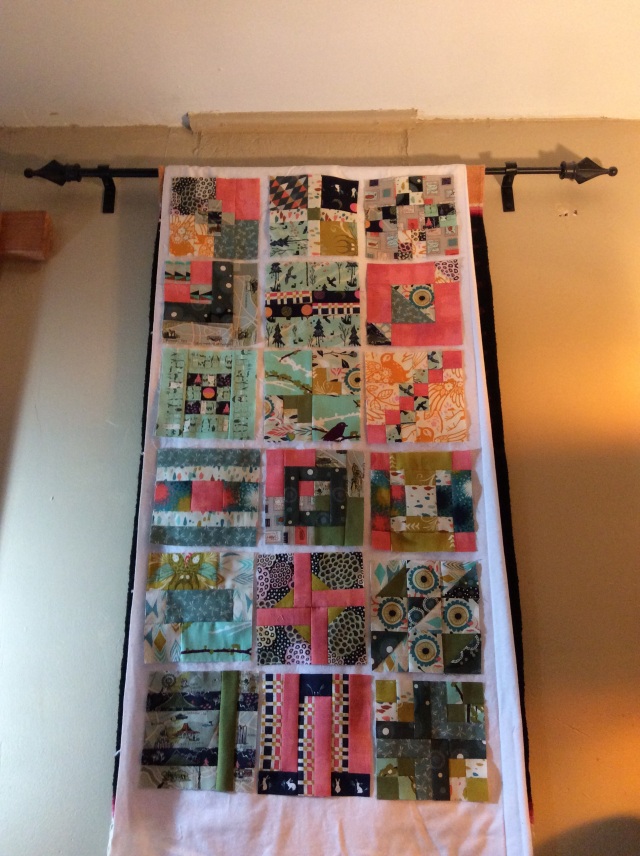 I have another do-over for a block I sewed earlier today on a totally different project. A few weeks ago I found out about a swap that was going on through Instagram that involved sewing a fairly simple log cabin block and then writing one’s name, city, and state in the middle square. The hashtag is #logcabinparty, and I thought this would be a good way for me to get to know quilters in other states. I’ve sewn seven of these blocks and have sent off five of them, and then this afternoon when a handyman was here working on a door, and there were quite a few interruptions, I ended up sewing a strip on the wrong side of the block. And probably a bigger factor is that I was tired. I don’t see how you quilters with young children do it! You have my undying respect! 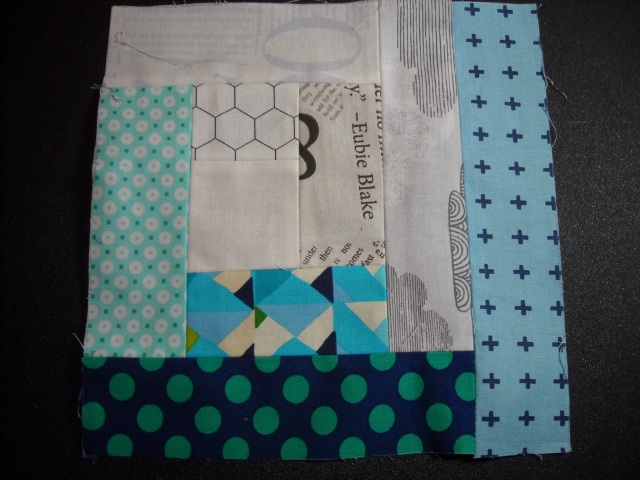 The right light blue strip should’ve been sewed to the the left side of the block.

Here is a log cabin block where I followed the directions correctly, and it has all the scrappy fabrics on one side and all the low volume fabrics on the other side:

How do you handle it when you ‘re not happy with something you’ve sewn or quilted?

Gallery | This entry was posted in Uncategorized and tagged Birthday Gifts Quilt. Bookmark the permalink.

a quilt is a blanket of love

A personal blog about quilting, sewing and life as a mother. Lots of free tutorials including beginning quilting tutorials, binding tutorials, and other sewing projects like bags, quilt blocks and nursing covers.

Make Something Beautiful Each Day